Long distances in combination to the lack of road and railroad connections and seasonal accessibility of water transport makes airports an important element of local accessibility in the Arctic. 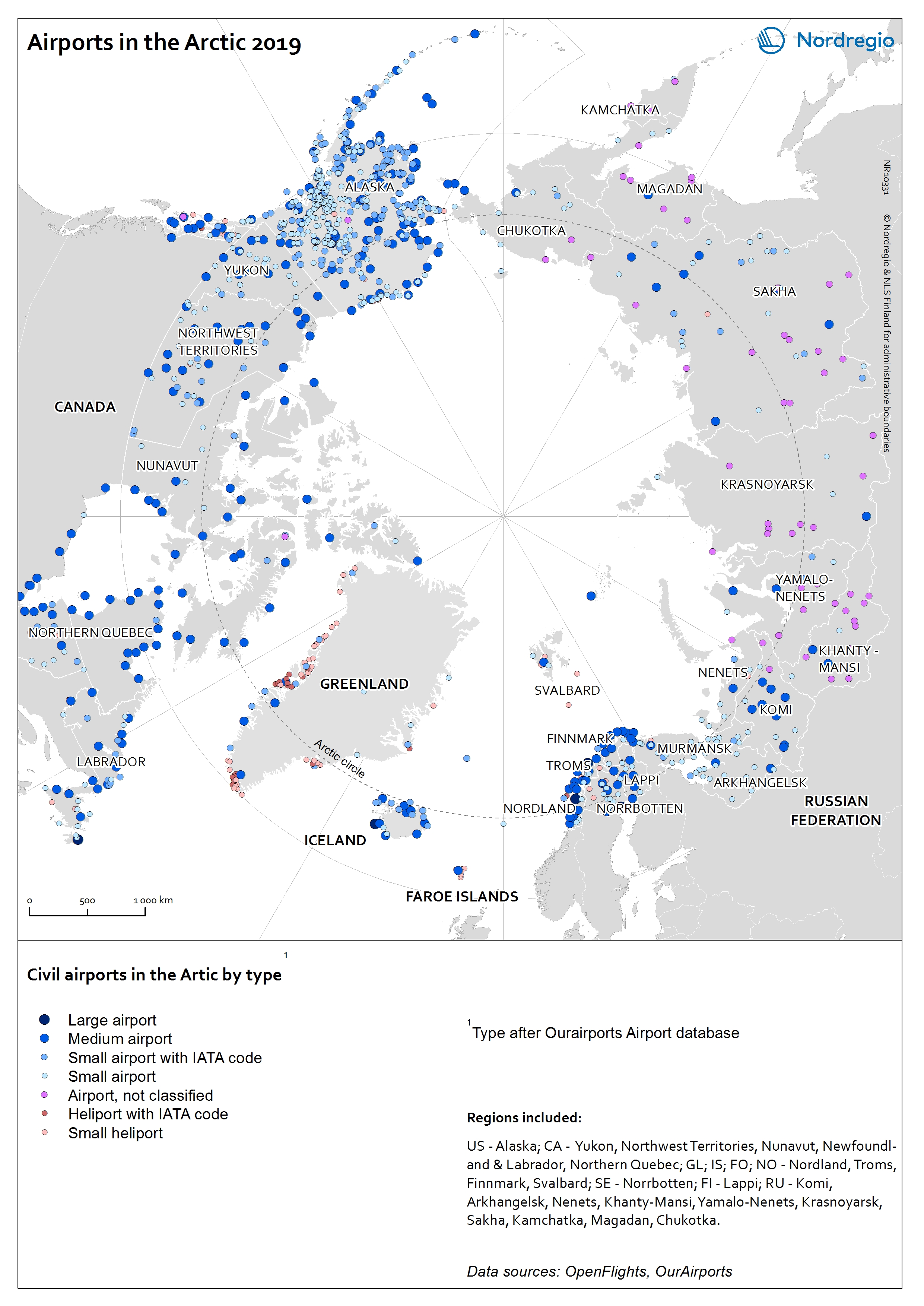 There are only a few large airports in the Arctic with regular air connections to national capitals or other main cities more south – or abroad – however, there is a large number of small airports.

The aviation in Greenland heavily depends on heliports. Many Greenlandic settlements are located along the shore, in small islands, fjords, or adjacent to mountains – in place where building an airport would be impossible or very expensive due to challenging physical conditions. In Greenland all the settlements have either an airport or a heliport depending on the size of the settlement and physical conditions. In other Nordic Arctic regions, the airports are located in the main settlements or in isolated islands. Almost all remaining settlements have road connection to an airport or a heliport. In the Canadian Arctic and Alaska (USA) almost all settlements have an airport. In the Russian Arctic the number of airports is more limited. However, the map only includes civil airports, while many airports and landing sites in the Russian Arctic are located within a military area.