The main and secondary zones for maritime traffic are based on 2017 vessel traffic data gathered on Automatic Identification System (AIS) by Marine Traffic (blue colours on map). The data shows the locations of vessels during their travels.

The main transport areas are in Northern Europe – from Iceland to the Kara Sea through the Norwegian coast – and along the coast of Alaska (USA).

When it comes to the increasing maritime traffic in the Arctic, the interests of economic potentials and challenging physical conditions are balancing. Even if the sea ice coverage is decreasing, the Arctic region is still a challenging environment. In the wintertime ice floes lack predictability and the conditions vary seasonally. Traveling across multiyear ice – that can be more than three meters thick – is challenging even for icebreakers which progress better across first-year ice – less than one meter thick. Icebreaker escorts in the wintertime are not only costly but are also limiting the maximum width of the vessel escorted. During the open water season the transit is often challenging due to severe storms or heavy fog that is obscuring visibility – thus leading to decreased transit speed. The lack of infrastructure in the region further complicates the transits.

As shown in the map there are some 350 ports on the coasts of the Arctic Ocean that are included to World Port Index’s database published by the US National Geospatial-Intelligence Agency. The World Port Index provides the location and physical characteristics, as well as the facilities and services offered by major ports and terminals worldwide. In this map we have chosen to categorise the ports by size and ice conditions. The classification uses several factors, including area, facilities, and wharf space. Based on this classification the port of Murmansk is the only large port in the Arctic. In addition, ten medium sized ports exist in the Arctic. Almost 200 in the Arctic ports are ice free year around. 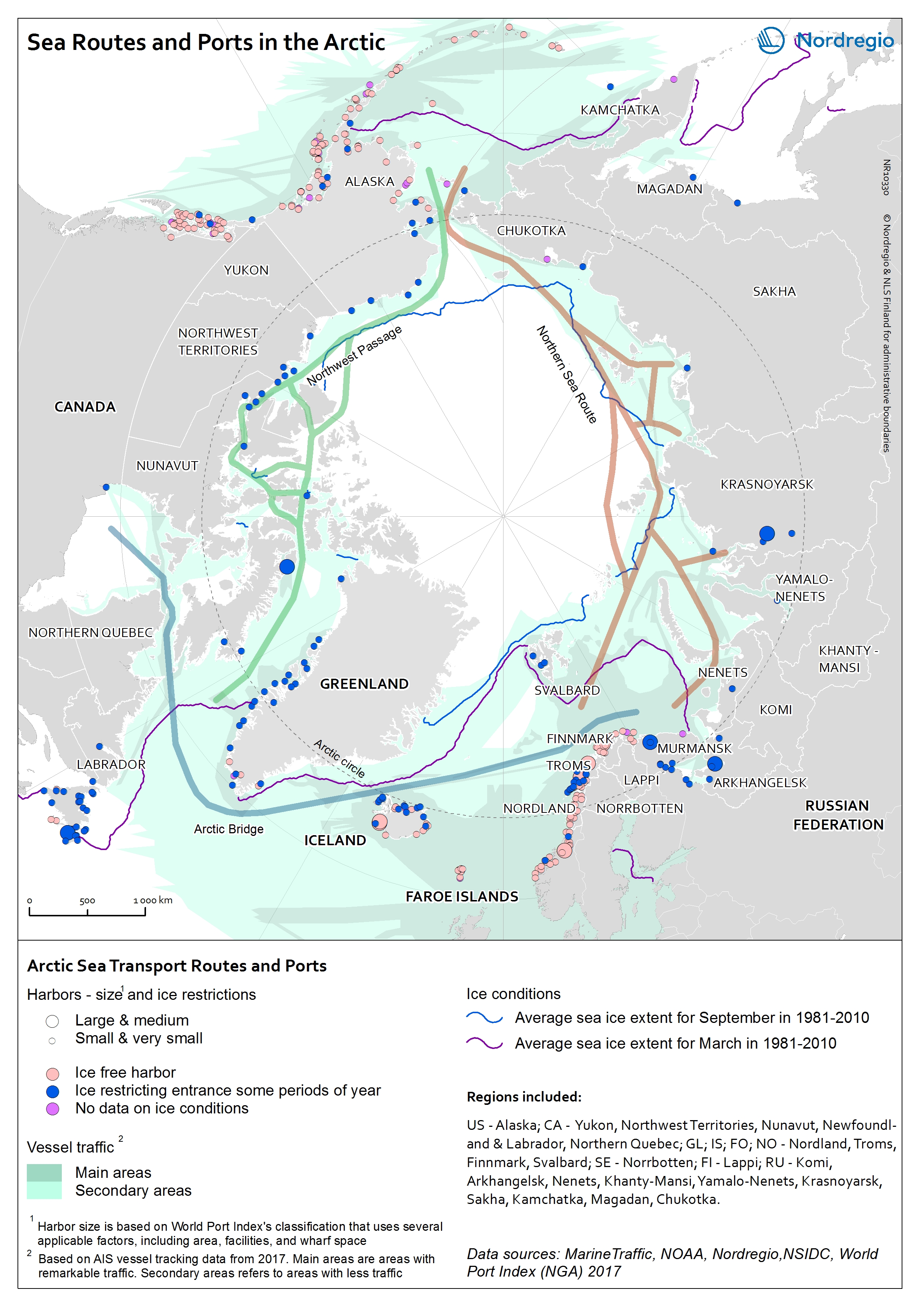