The accessibility of Arctic settlements by road is illustrated in this map showing the road network in the Arctic.

The distribution of permafrost is displayed as a background layer indicating physical condition underneath the road infrastructure. The road infrastructure is considerably less dense on continuous permafrost-covered land. There are road connections in the Arctic that are only open for transport during winter time, but they are not distinguished in the map.

Settlements in vast area of Greenland, Nunavut, Nunavik, and Labrador (Canada) are not connected by road network but scarcely road segments connecting adjacent settlements. Thus, travel by road remains a challenge for many of the inhabitants in these regions. Alaska (USA), the Northwest Territories, and the Yukon (Canada) have better road infrastructure with some of the major road network. There, most of the settlements are accessible via roads. The road network in the Nordic Arctic regions – except Greenland – are considerably denser than in other parts of the Arctic and most of the settlements are connected to the road network. In Greenland all transportation between cities is with aircraft, helicopter or boat. In the Russian Arctic, the road network is accessible for inhabitants living in most of the settlements, except in the Krasnoyarsk region, where only road segments exist in the neighbourhood of settlements. Railways in the Arctic are sparse. A few railroads are connecting settlements in the Nordic Arctic and East Russia. There is a handful of railroads in most of the Russian Arctic, Alaska (USA), and Canada. 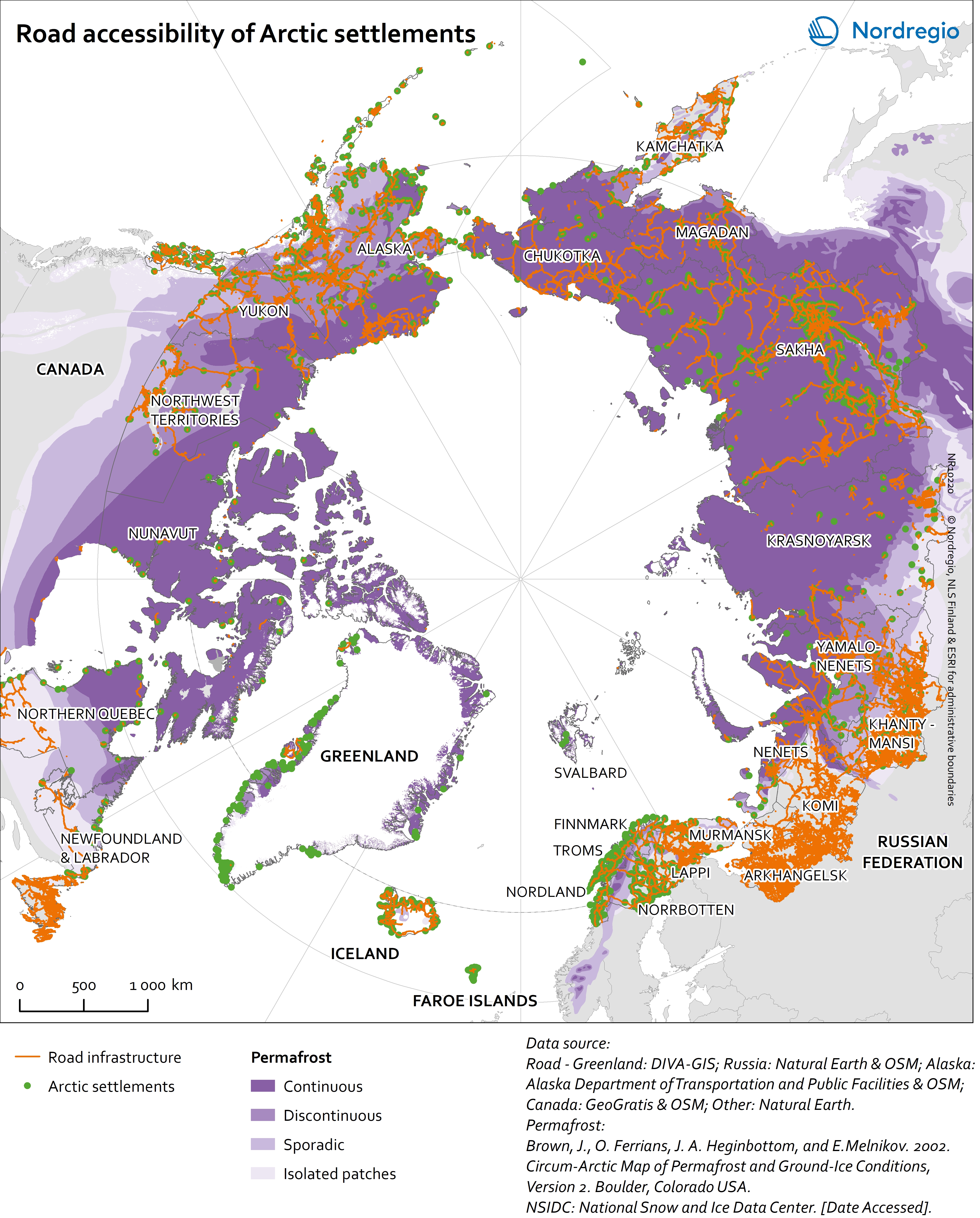