Iceland received a significant number of cruise ships all around its coast, with Reykjavík, Akureyri, and Ísafjarðarbær the busiest ports in 2014. In Faroe Islands, Torshavn is the primary cruise ship destination. Greenland had cruise ship arrivals at almost 20 ports in 2015. Consistent with the settlement structure in Greenland, most cruise calls to Greenland are found in the West Coast.

Cruise ship tourism in the West Nordic countries in 2014 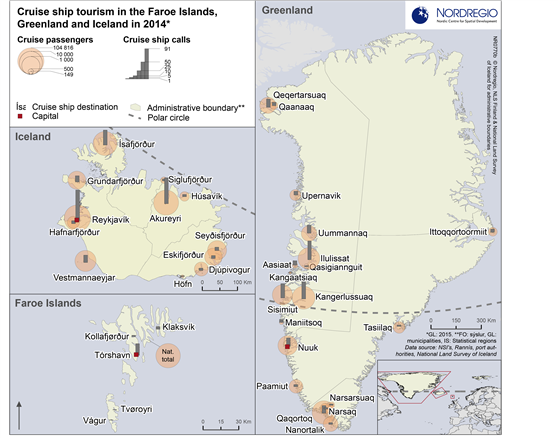