Urban-rural typology of the Nordic regions 2020

This map is included in the introduction of the State of the Nordic Region 2020 report. 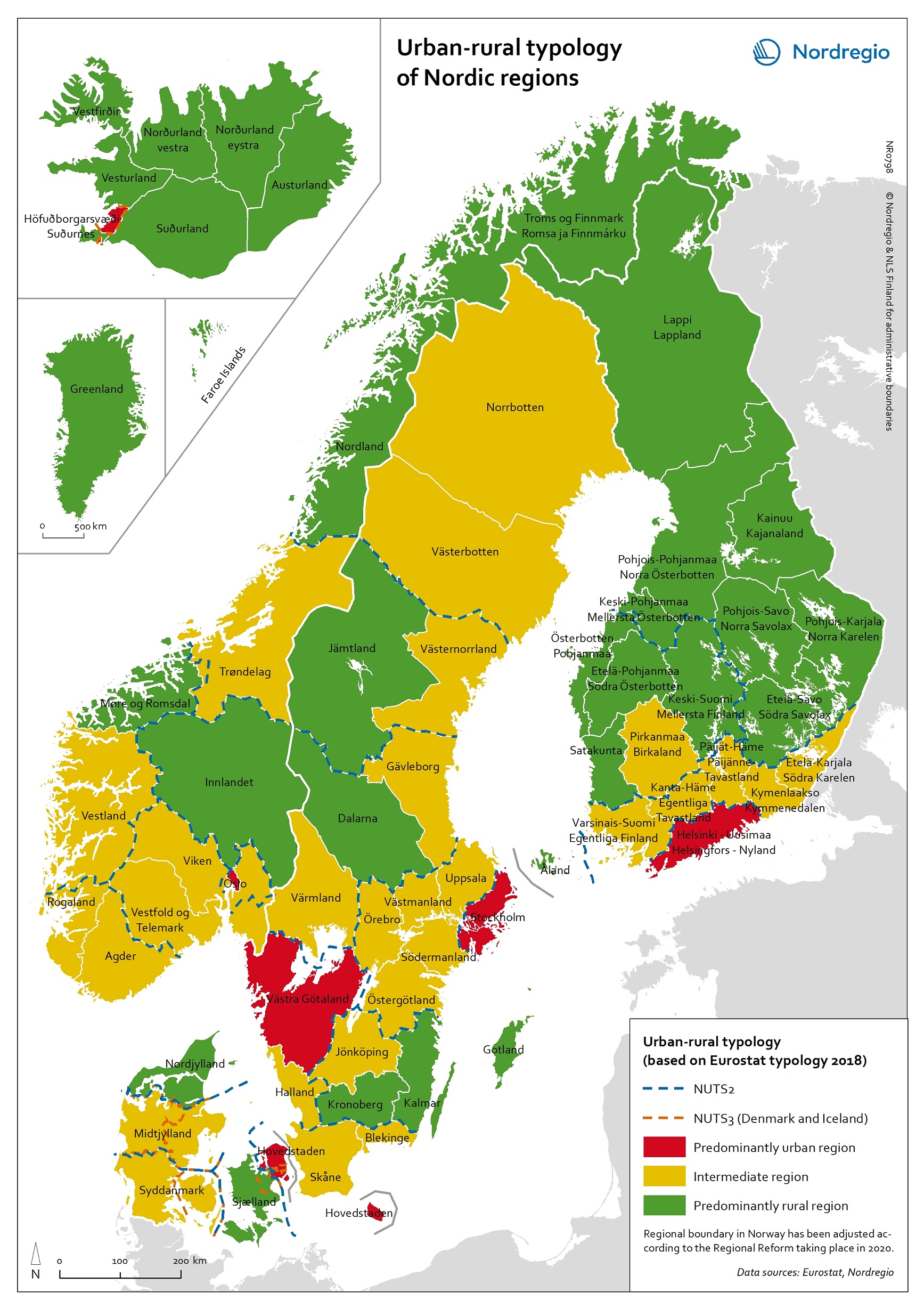