Regional development in the Arctic

The overall theme of the second day of Nordregio Forum 2014 was Regional development in the Arctic. Key note speakers Kaisu Annala, Strategic Director at the Ministry of Employment and the Economy in Finland and Rasmus Ole Rasmussen, Senior Research Fellow at Nordregio started the day.

Lisbeth Nylund, Technical Director at the Ministry of Local Government and Modernisation in Norway opened the day, and stated that the Arctic is changing in exceeding speed, which also increases opportunities in the northern sphere, making regional development across borders more and more important.

There are many characteristics joining the Nordic Arctic together. Common challenges are e.g. peripherality, small businesses, long distances and the climate. But there are also common possibilities, including first and foremost the people living in the Arctic regions.

Nylund is a member of the Nordic working group on sustainable regional development in the Arctic, and said that one thing that has been discussed in the working group is a better platform for exchanging experiences between the northern regions, e.g. concerning the fly in and out-phenomenon and large industry projects. 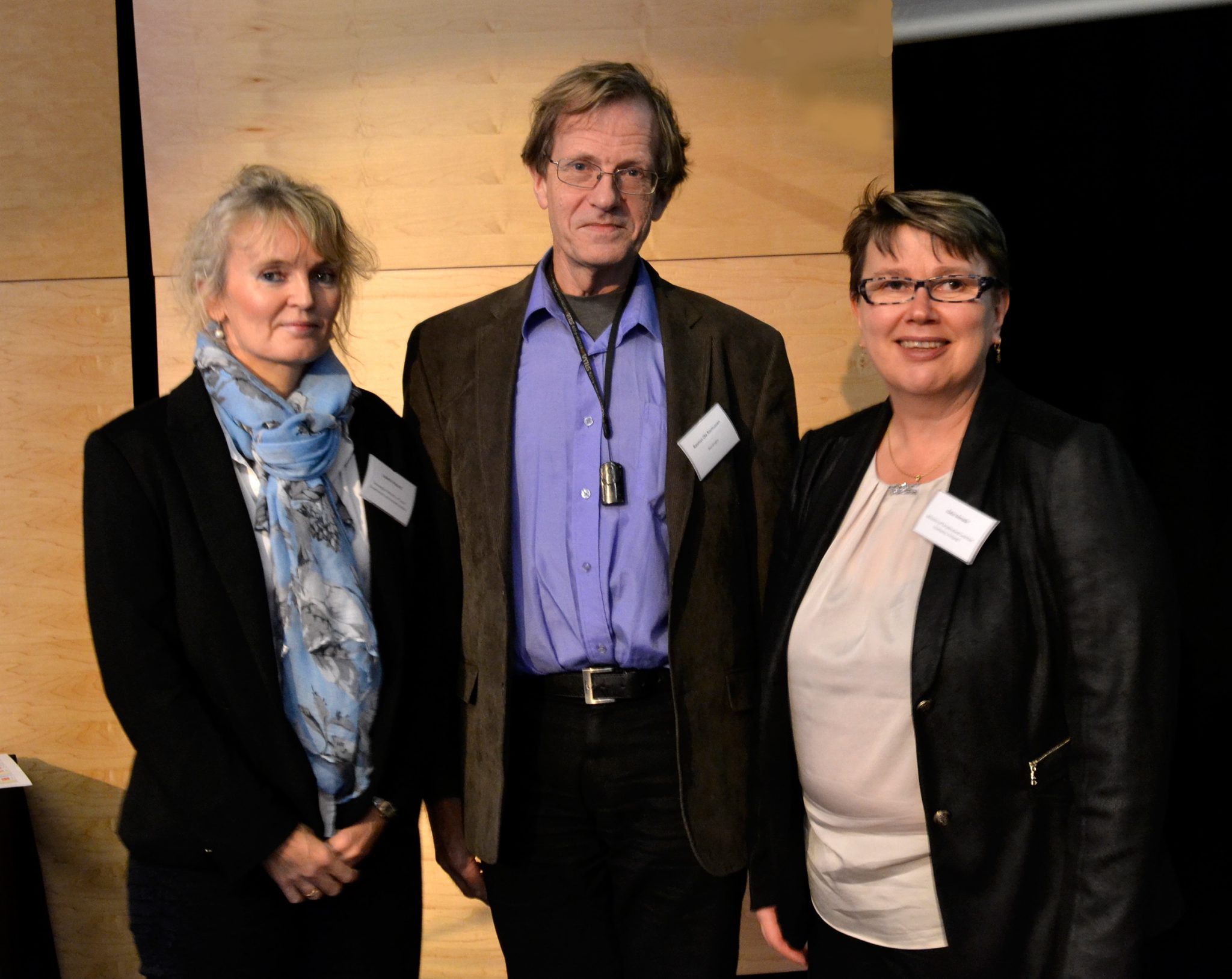 At the OECD Ministerial Council Meeting in May 2014, a statement was made on climate change, stating that we should do our part to effectively limit the increase in global temperature. However, investments in fossil fuel are still increasing, and doing so faster than in non-fossil fuels, so it doesn’t look like we are going where the members of the OECD thinks we should we going, Annala said.

There are challenges, but also opportunities. Many new kinds of value chains and consortia for bioproducts are developed already. How do we go towards the bio-based products? It can be done from many angels: new products or new development trajectories of current products.

Annala ended her presentation on a positive note, saying that “There is a will, we just need to find the way!”

Societal challenges regarding large-scale industrial projects in the Arctic region
Rasmus Ole Rasmussen opened by talking about the landscape impacts from mines. A question of sacrificing the areas needs to be taken into account when planning for these areas for large-scale industrial projects; it becomes a question of cultural heritage or sacrifice zone.

The landscape is impacted and new jobs are created, but the question is if people are able to stay in the area. Often new skills are needed, which requires that a foreign labour force is invited. This can limit the local opportunities, and it takes time to take use of the local opportunities and the labour force that is available.
Social challenges occur as the large scale industries challenge the traditional activities taking place in the regions. There are challenges for fishermen to turn into industrial workers – even if they are interested, they don’t have the skills.

Often even the decision making power is moved from the local to national or even international level. “The decision making is not necessarily in line with the ideals of the local population.”, Rasmussen pointed out. In Greenland for example, people disagree with both the government and the company decisions. Same kinds of protests have occurred among the Sami population in connection to mining.

There are also gender aspects to take into account that have an impact on the Arctic region. Ambitions differ significantly between men and women, e.g. women choose to educate themselves in a higher degree than men. As a consequence, there is an increasing urbanisation in the entire Arctic. Men might move from the village to the town, but often move back, while women move to the capital of the region and then out of the region.

Gender based differences on change can also be seen in discourse. A study of more than a million tweets that were tracked in the Arctic showed that while men focused on “what can I do, how do I compare to the others?”, women were more concerned with “what can we do, what can we accomplish together?” not only related to the local community, but the world as such.