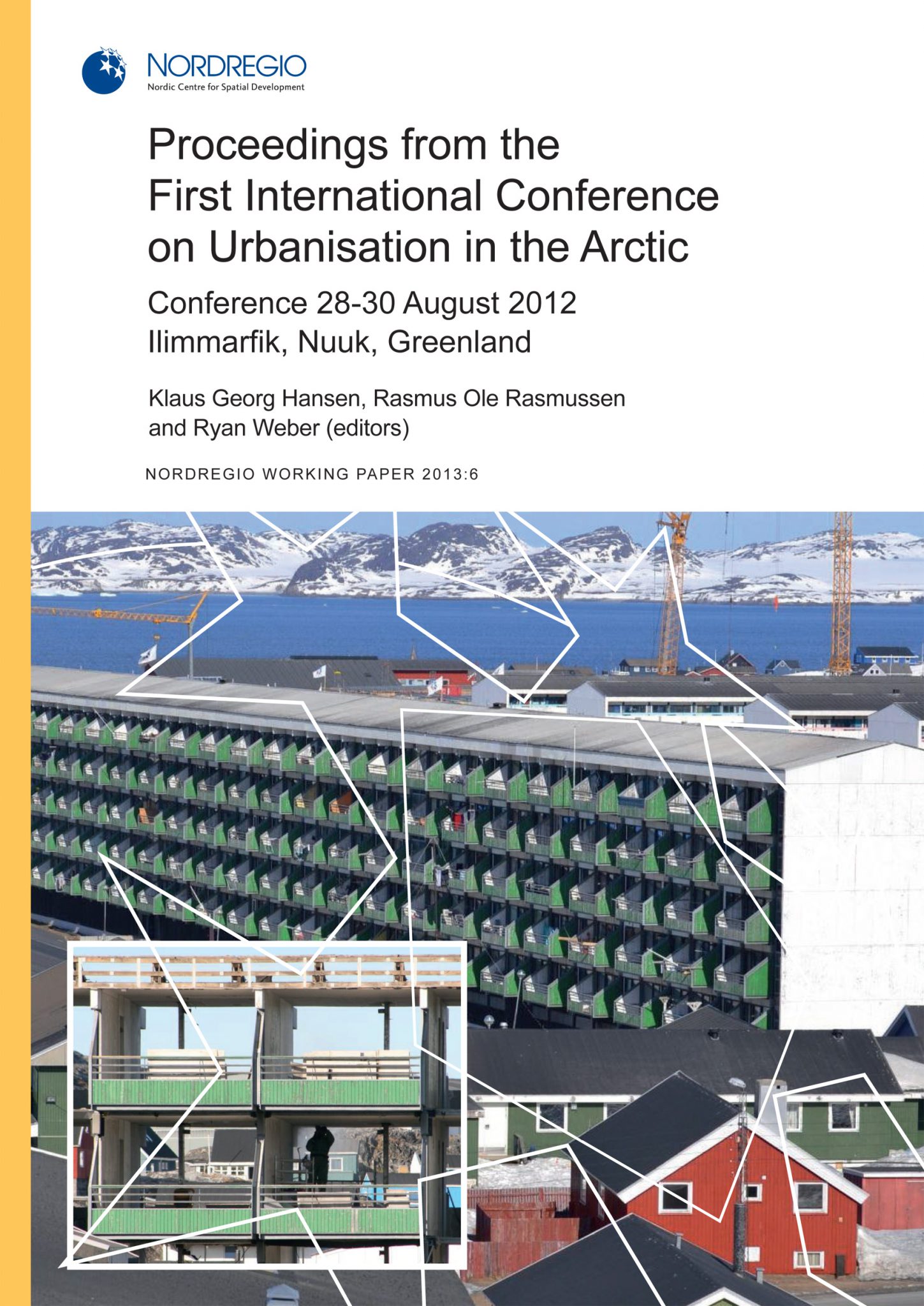 Proceedings from the First International Conference on Urbanisation in the Arctic

The frame for the conference was phrased with a citation from the book Megatrends:

“Urbanisation is a global trend which will significantly contribute to the shaping of human life in the future. The Arctic region is no exception … Since the 1960’s, most of the population growth in the Arctic has occurred in urban centres tied to industrial activities, social services and public administration” (Rasmus Ole Rasmussen, Megatrends, 2011, pp 22).

The proceedings include 10 abstracts and 18 papers not previously published. They represent some of the most distinguished researchers on socio-economic, social and cultural aspects of urbanisation in the Arctic. The articles have not been peer reviewed but the editors have made a light language revision of the texts.