Resources in the Arctic 2019

This map shows both existing and potential sites of mineral and energy resources in the Arctic.

The map shows the main sites for gas and oil activities and mining resources in the Arctic. Exploration, development of production, and transport facilities for oil, gas, and mineral resources is increasing throughout the circumpolar region. Receding sea ice cover and permafrost thaw will influence accessibility to mineral and energy resources both on land and in the Continental Shelf in the future.

The main onshore and offshore oil and gas deposits in the Arctic are shown on this map. Information on the type of deposit and resource comes from several sources[1]. The main regions in the Arctic linked to oil and gas exploitation are the Beaufort Sea (North Slope, Alaska and Mackenzie Delta, Canada), and the northwest part of the Russian Arctic (Barents Sea and West-Siberia). Oil and gas are also found in the Canadian Arctic Archipelago (Nunavut). These three regions are also targeted for future exploitation. According to estimates from the US Geological Survey, the area north of the Arctic Circle is expected to store recoverable reserves of 90 billion barrels of oil, 1670 trillion cubic feet of natural gas, and 44 billion barrels of natural gas liquids (blue/purple areas on the map). These resources account for about 22% of the undiscovered, technically recoverable resources in the world. About 84% of the estimated resources are expected to occur offshore.

The exploitation and development of the Arctic resources is dependent on the global supply and demand, global market prices, and political agreements. However, the future of Arctic resource extraction is also highly dependent on technical capacities and environmental challenges, which lead to higher extraction costs. Increased transportation, e.g. by tankers, will also require new capabilities to Search and Rescue capabilities as well as oil spill prevention. High economic costs of exploitation and transportation, and high demand for environmental protection are decisive factors for the exploitation of Arctic resources. 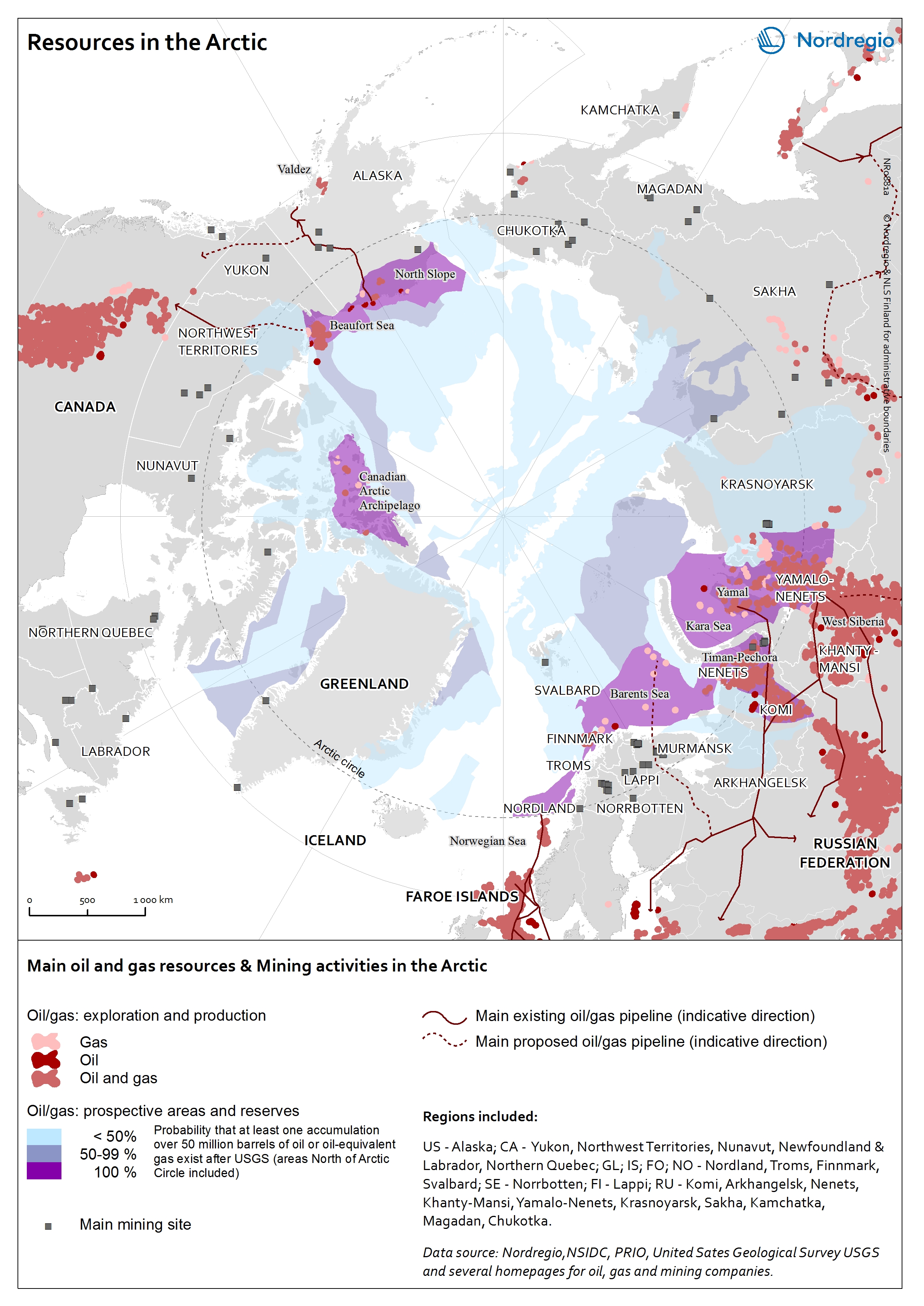