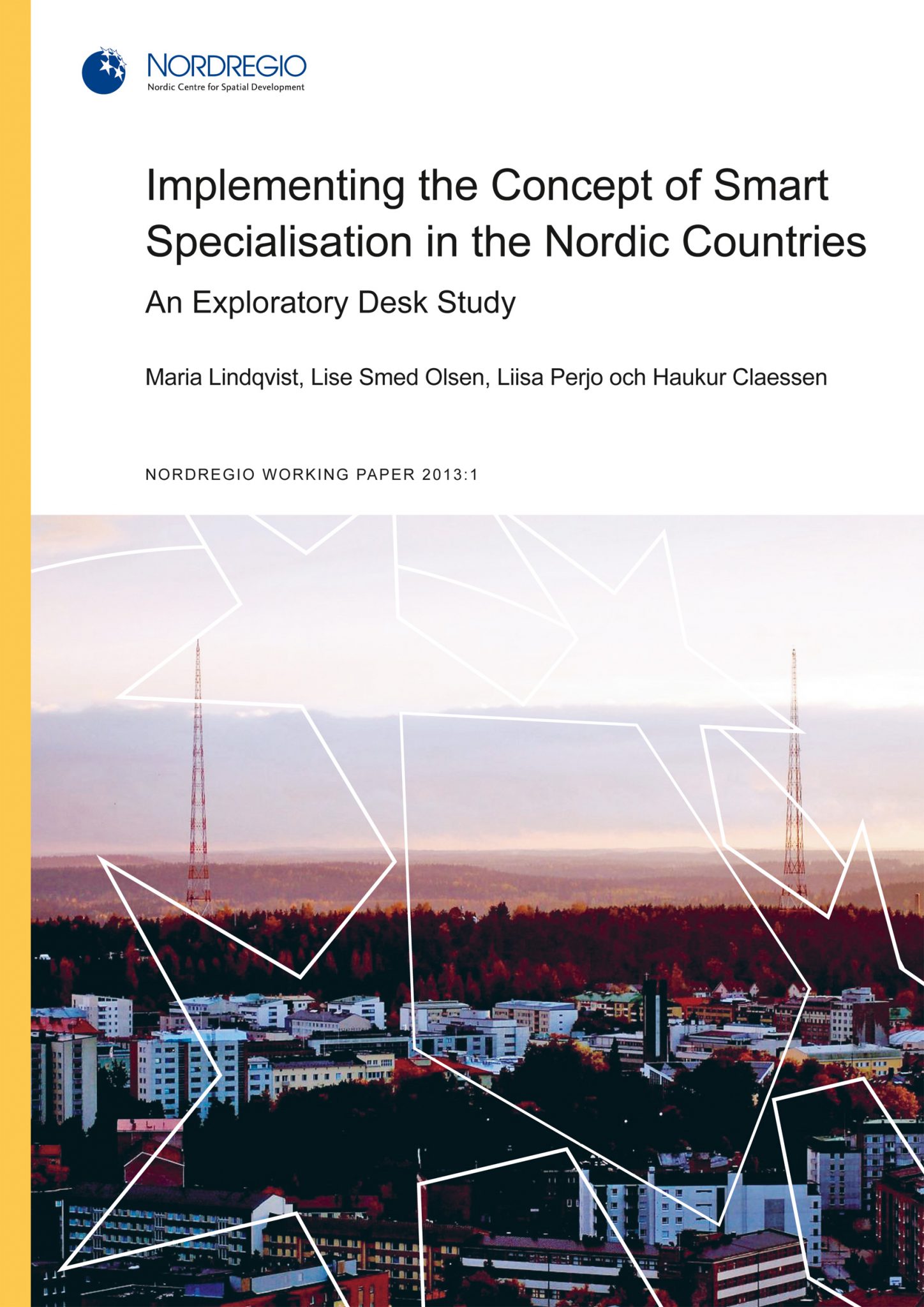 Implementing the Concept of Smart Specialisation in the Nordic Countries

In the aftermath of the latest economic crises, the concept of “Smart specialisation” was presented to increase the efficiency in European investments in research, innovation and entrepreneurship. As the concept is relatively new, the level of implementation at national and regional level in the Nordic countries is rather limited. Still, many of the elements associated with strategies for “Smart specialisation” have already been implemented in the Nordic countries.

This paper explores the impact and early implementation of the new concept “Smart specialisation” in regional policy in the Nordic Countries. The study was commissioned by the Nordic Working Group on Third Generation Regional Policy, initiated by the Nordic Council of Ministers. The review is mainly based on a previous literature review and desk research, with a limited number of supplementing interviews, and does not claim to give a complete overview.

Since the development of Research and Innovation Strategies for Smart Specialisation (RIS3) is expected to be an ex-ante condition in the new Structural Funds 2014-2020 program period, the concept has reached a high level of attention in a short time span among EU member states. The objective of “Smart specialization” is to ensure an effective use of public funds. Based on an understanding of regional strengths, regions are expected to concentrate resources to a few key priorities rather than spreading investments thinly across areas and business sectors. This requires a well-developed regional governance process, based on broad stakeholder involvement, as well as collaboration between actors at various levels as well as linkages between policy areas, sectors and disciplines.

The review indicates that the level of implementation at national and regional level in the Nordic countries is rather limited, even if the interest has increased, particularly among actors responsible for implementation of the new Cohesion Policy in the Nordic EU-member states. However, while Finland seems to have come closest to implement the concept, Swedish authorities are more inclined to talk about smart growth. In Denmark, there seems to be some skepticism at the national as well as regional level and the non-member states, Iceland and Norway, have only started to approach the concept.

Even if the concept as such is new, many of the elements of strategies for “Smart specialisation” have already been implemented in the Nordic countries. This indicates that there is a strong potential for Nordic regions, building on existing strategies and policy delivery instruments. Still, there are some aspects which may further strengthen regional development processes in the future: