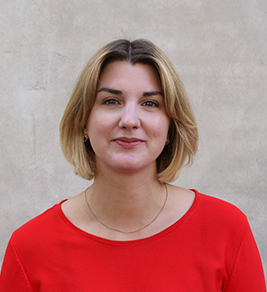 Linnea has a background in Political Science and International Relations. She has a broad and interdisciplinary perspective with focus on how issues and places are interdependent. Her main areas of interest are social sustainability and international cooperation often in relation to policy and governance.

The first thing I do when I come to a new place is to locate where the ocean is. Within the next hours or days, I always make sure to find a high point with an overview of the city. I think it brings me a sense of freedom and independence of knowing where I am and where I am going.

The places where I lived all had a special connection to the ocean, Gothenburg, Brighton, Barcelona and Stockholm. And I don’t think I could live in a place where the ocean is not present. The ocean is something that is living, moving and changing and in high contrast to the robust and constant streets and buildings.

After I started studying history and political science at University, travelling became intertwined with discovering new dimensions of a place. I wanted to learn why a country or city had developed in a certain way, why people act or vote in a certain way, why systems look different in different places. And for me, it always came down to assumptions about the world grounded in basic political and philosophical questions and affected by past experiences. And I think that is my burning point when thinking about policy, trying to understand the core and underlying assumption behind the reasoning that creates policy.

In my first years at University I remember I couldn’t believe that I received money for listening and reading about wars, people’s behaviour and political systems (this was at a time when it actually felt like I was earning money, now I am more aware that it was and absolutely still is a loan). I sound like a geek, but I REALLY loved it. Now I feel the same way about working; I can’t believe my work consists of thinking and writing about this stuff.