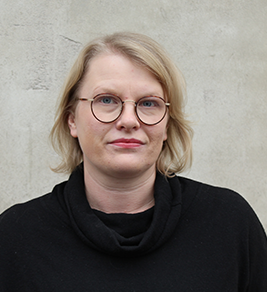 Moa is no longer working at Nordregio.

Specialised in urban planning and development, the social in sustainability, suburbs (as vision, place and concept) and discourses and storytelling in planning.

I have, for a few years, been a part of multidisciplinary environments oriented on issues of urban and regional planning and development. This has shaped both my multidisciplinary identity and my understanding of space and place, and I am really not sure of in what field I belong. I am a planning researcher since I am interested in the processes, politics and aesthetics that result in built environment and infrastructure. I am also a social geographer since I see places as constructed not only by the built environment, but by social processes – actions and interactions, memories and narratives, dreams and visions. And finally I am an urban geographer with a particular interest in the suburban, but my interest in planning discourses and discursive constructions of place could also actually be applied in the regional or rural context.

It started in an interest in architecture history and the built environment, something which led to studies in planning and cultural heritage. This made the role of history in the contemporary city and planning become a central issue – for example in ideas about the “traditional” and the “modern” city, preservation, place identity and city marketing. Also, studying planning and human geography, the idea of the city as a built environment was to a degree put in question – the city and the urban are also social practices, plans and politics, images and ideas … This influenced my research, which has been focusing on discourses and narratives in planning documents, visions and debates.

How are concepts such as urban, suburban, sustainability, attractiveness, livability or public space made meaningful in today’s planning and development – and how does this influence the built environment, political measures, images of places and power distribution?