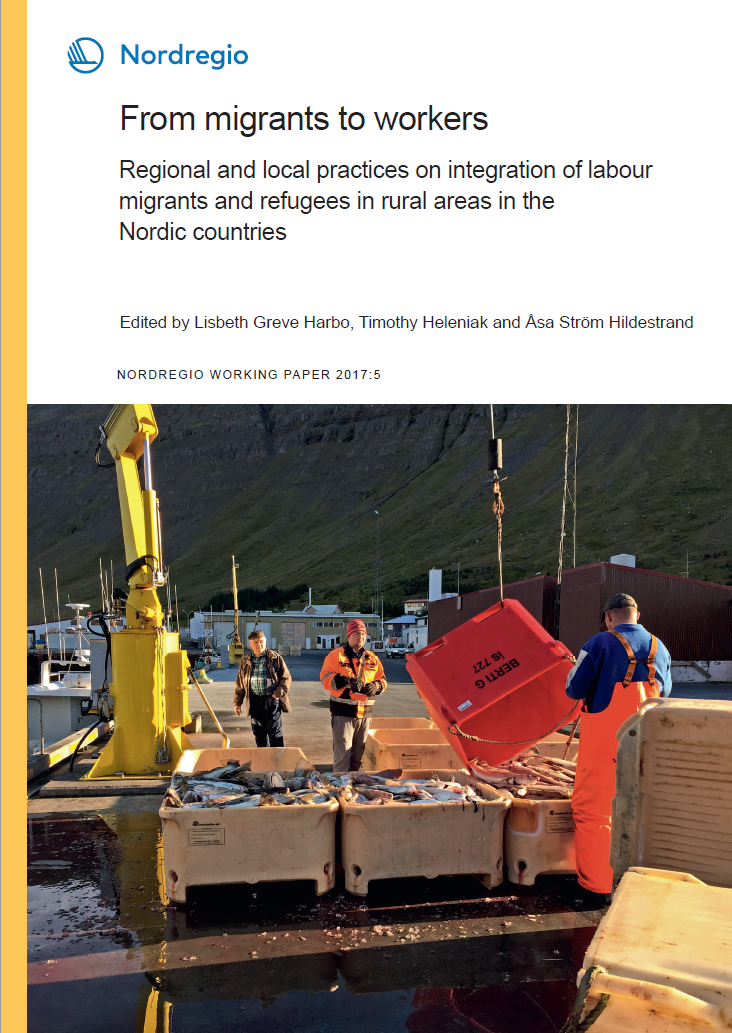 From migrants to workers: Regional and local practices on integration of labour migrants and refugees in rural areas in the Nordic countries

The increase in immigration has been especially large since 2000, driven in part by several expansions of the European Union. At the same time, some of the Nordic countries have been the destination of large numbers of asylum seekers and refugees.

This publication reports on the outcomes of a project which addresses regional and local practices on integration of labour migrants and refugees in six rural areas across the Nordic countries. The project was commissioned by the Nordic Working Group on Demography and Welfare under the Nordic Council of Ministers’ Committee of Senior Officials for Regional Policy, and carried out by Nordregio.