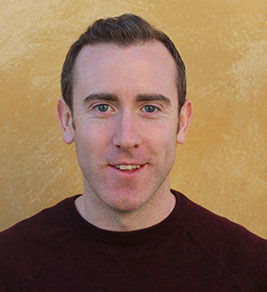 Dr John Moodie is a political scientist specializing in the role of experts in European Union policymaking; in particular, the way in which the European Commission interacts with stakeholders in the formulation and implementation of European research and innovation policy. He also has over five years work experience working as an EU policy and funding adviser.

Holst, C. & Moodie, J. R. (2015) ‘Cynical or Deliberative? An Analysis of the European Commission’s Public Communication on Its Use of Expertise in Policy-Making’, in Politics and Governance

Born in Nottingham in 1983, but brought up in the North East of England in the historic town of Newcastle. I was a keen student of History, Politics and the English Language at High School, which developed into a deeper passion for History and Politics during my undergraduate days at Nottingham University. During this time, my interest in the European Union began to grow, so my Masters and PhD studies focused on the historical evolution of the EU, as I wanted to develop my understanding of the key institutions and policymaking process. At post-doc level, I focused on research and innovation policy and the role of expertise in EU policymaking, examining the way the Commission consults with key stakeholders in the formulation and implementation of policy.

This background knowledge of EU governance and policymaking forms an essential foundation for the job at Nordregio, where I have focused on EU Marine Spatial Planning and Regional Innovation Policy. I look forward to developing a deeper understanding of the interrelationship between the Nordic Region and the EU over the coming four years.