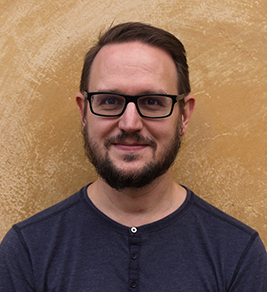 Michael is no longer employed at Nordregio. For more information please get in touch with us at info(@)nordregio.org

A political scientist specialised in:

Transcending borders…from rural Niedersachsen to Norden and beyond

I was born in a very small village of about 99 inhabitants, located in the Eastern and rural corner of the German Land Niedersachsen.

The house of my childhood years stood approximately 100 metres away from the barbed wire that cut through Germany for almost three decades, separating us and millions of other Germans from their families in Eastern Germany. I grew up with parents working in local government and engaged in different types of rural development activities. The countryside “in the shadow of the border” offered a rich cultural life but also constituted a space that saw farms seizing to exist and people starting to increasingly engage in alternative types of economic activities (mainly via a big car producer in the nearby city of Wolfsburg). This melange of parental socialisation and own experience of rural transformations formed my interest in rural governance and development.

The border to the East was much of a daily experience and part of our everyday life. Die Grenze and der Zaun were always present when travelling to the nearby villages, to football trainings, visiting family in the GDR etc. Yet, as a small boy, I had to test the validity of borders that were supposed to be in the middle of a creek, a stretch of water that was famous for plenty of good fish. Transcending these borders was luckily without (major) consequences and I developed an early sense of the meaning of re-imagining and “planning” wet spaces.

Scandinavia and especially Sweden caught my early interest and I took my first Swedish language lessons during my high school years at the age of 17. In a city headquartering one of the biggest car producer on the planet – my yellow Volvo 240 D6 Overdrive was a good way of showing my affiliation to Sweden and only accompanied by less than half a dozen other cars produced in the country I admired and visited a lot during these days.

As a student of political science, public administration and European Studies in thrilling Berlin of the mid-1990s, I moved my linguistic interests onto Norwegian and Finnish as well. Meeting the love of my life, living in Finland, I was frequent traveller on good old GTS Finnjet, a ferry connecting Germany to Helsinki. I also wrote my BA thesis aboard this legendary ship. In 1997 Finland became my new home country, Espoo my hometown. I still live there with my wonderful family and bilingual children also transcending linguistic borders themselves.

Work-wise, MA and PhD theses were completed in Helsinki, and I started my post-doc years at a Finnish state research institute (MTT Finland, later Natural Resources Institute Finland) dealing with rural affairs in the EU and beyond as well as at Tallinn University of Technology, working on EU integration and governance. Visiting professorships and scholarships brought me back to Germany, Strasbourg and Brazil.

Since I started at Nordregio in 2015, I am commuting between Stockholm and Espoo, extending my research interest into marine governance issues and look forward for some stimulating years in this formidable environment that Nordregio offers. Whilst transcending borders will continue at many different levels, at least the cycle became somewhat full in terms of finally arriving in Sweden – something young Michael looked forward to, back in the early 1990s.