Increasing temperatures in the Arctic cause permafrost thaw which will have severe consequences for the inhabitants of the Arctic Region. Sixty per cent of the settlements and more than two-thirds of the population are located on permafrost. Thawing may affect houses, roads, harbours and infrastructure and the local economy. In some cases, it may even lead to the relocation of entire coastal communities. The new Atlas of Population, Society and Economy in the Arctic provides an in-depth overview of the changes that are affecting popu­lations in the circumpolar North.

– It is essential to keep in mind how this can affect the indigenous communities. There are more than 40 different ethnic groups who represent a significant share of the Arctic population, especially in the Canadian Arctic and Greenland where 75% or more are indigenous, says Timothy Heleniak, Senior Research Fellow at Nordregio.

As part of the EU-funded Nunataryuk project, the atlas presents a collection of standardised in­dicators which illustrate the state of the Arctic re­gions. The focus is on demography, society, economy, production, accessibility and infrastructure as well as physical conditions and resources.

Society and economy in the Arctic

Employment in public sector in 2017

The map shows the Gross Regional Product (GRP) per capita in purchasing power parity (PPP) in the Arctic regions in 2016. The Gross Domestic Product (GDP) measures the overall economic output of all economic activities in a country (measure in terms of purchasing power parity, or standards). The corresponding indicator at the regional level is the Gross Regional Product (GRP). Although these measures are somewhat blunt (for instance they do not consider sustainability) in the assessment of regional performance they are still the most stable and most commonly harmonised measure for economic comparisons.

The Gross Value Added (GVA) at the regional level in the Arctic in 2016 is represented by two means in this map, which are the total GVA per capita in PPP and the GVA by branch of economic activity. The Gross Value Added (GVA) is the measure of the value of goods and services produced in an area, industry, or sector of an economy. The GVA at basic prices is the economic output valued at basic prices minus intermediate consumption valued at purchaser’s prices. The GVA is linked to the GDP, as both are measures of economic output. The GVA is sector specific, and the GDP is the sum of the GVA from all sectors of economy (including taxes and excluding subsidies).

Cluster analysis of employment in 2016

Higher educational institutions in the Arctic

-During fieldwork for the Nunataryuk project, we saw that in a small Greenlandic town in Disko Bay, some fishermen started using a drone for navigating around the thickest ice-flakes. Using drones saved them fuel for the boat and helped them navigate easier. They also got stunning photos which they shared on Facebook – and other fishers became aware of the benefits, and suddenly it became the new way of navigating the area, explains Research Fellow Leneisja Jungsberg, Nordregio. 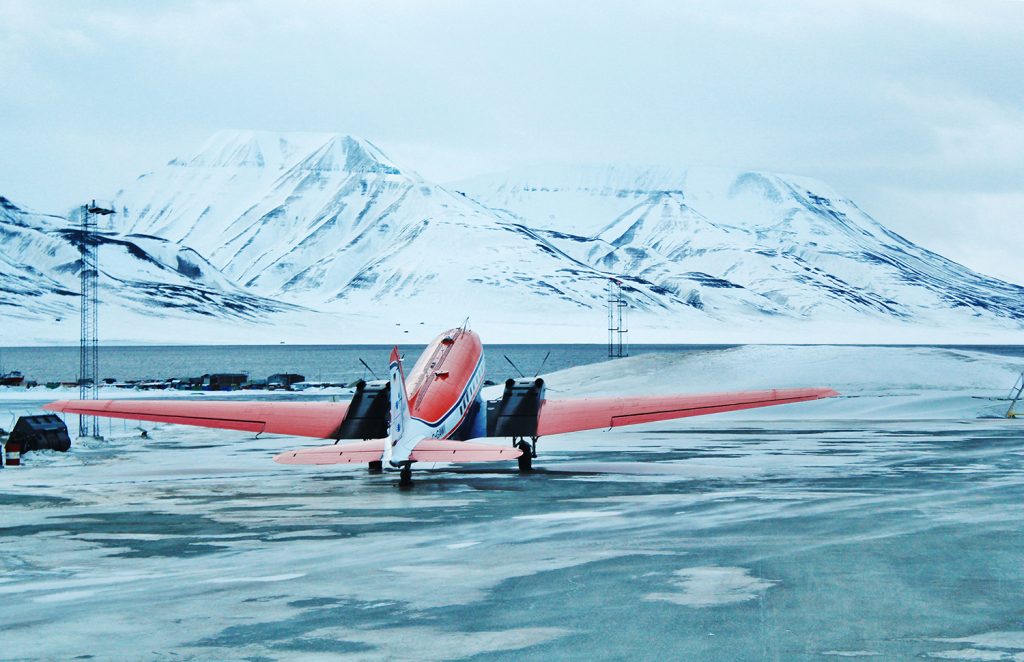 Thawing affects the infrastructure and industry

Much of the Arctic is still underlain by permafrost, but it is melting faster than expected, with significant negative consequences according to a recently-released Special Report on the Ocean and Cryosphere in a Changing Climate from the IPCC. Permafrost thaw can harm rural and coastal settlements due to their small populations and limited means of commuting. The accessibility of many Arctic settlements depends on existing land, sea and aviation infrastructure. Permafrost thaw causes several construction challenges and may have a detrimental impact on many of these modes of transport. But it will also open up new possibilities to reach natural resources through land and sea. Mining sites are constantly moving farther north due to technical innovation, permafrost thaw and declining sea-ice. On the other hand, access to natural resources is highly dependent on technical capacities and environmental challenges. The high economic costs of exploitation and transportation, as well as high demand for environmental protection, are decisive factors in the exploitation of Arctic resources.

Accessibility and infrastructure in the Arctic

The accessibility of Arctic settlements by road is illustrated in this map showing the road network in the Arctic. The distribution of permafrost is displayed as a background layer indicating physical condition underneath the road infrastructure. The road infrastructure is considerably less dense on continuous permafrost-covered land. There are road connections in the Arctic that are only open for transport during winter time, but they are not distinguished in the map.

The main and secondary zones for maritime traffic are based on 2017 vessel traffic data gathered on Automatic Identification System (AIS) by Marine Traffic (blue colours on map). The data shows the locations of vessels during their travels. The main transport areas are in Northern Europe – from Iceland to the Kara Sea through the Norwegian coast – and along the coast of Alaska (USA).

Long distances in combination to the lack of road and railroad connections and seasonal accessibility of water transport makes airports an important element of local accessibility in the Arctic. There are only a few large airports in the Arctic with regular air connections to national capitals or other main cities more south – or abroad – however, there is a large number of small airports.

Nordregio will join the Arctic Circle Assembly 10-12 October to discuss the ways to enhance scientific knowledge in the Arctic. Read more: https://nordregio.org/events/arctic-circle-assembly-2019/