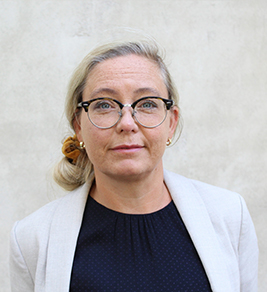 Anna has a special interest in what makes urban and rural regions sustainable, liveable and prosperous. She has an academic background in political science and in urban and regional planning, and long experience in regional development, policymaking and governance.

Learning about other regions’ spatial stories

What makes some places prosperous and attractive while others lag behind? A long time ago. we thought of that as a story of natural resources. Today we know that this is a far more complex story of institutional capacity, accessibility to global markets and human and social capital. And we also know that in order to be resilient and sustainable we have to engage with this complexity.

So, where can we learn from? When I worked for the greater Stockholm region, we decided 15 years ago to set up a program to compare and learn from other competitive and attractive metropolitan regions – what is it that makes them thrive and prosper?

We engaged in a network with other competitive and attractive metropolitan regions with similar learning ambitions and arranged benchmarking trips to cities and regions such as Seattle, Singapore, Dublin, Helsinki and Munich. In total, more than 150 regional leaders participated in those trips; mayors, county councillors, presidents of universities and research parks, and business leaders. The objective was to create joint learning, strengthen relations and to create a common regional agenda. During the trips we learnt, for example, how Seattle created a process to integrate economic planning with their regional and infrastructure planning; how Singapore worked to attract the best researchers in life sciences world wide; about the high performing educational system in Helsinki; and how public and private collaboration can be used in such different areas as reducing youth unemployment and financing of infrastructure in Bavaria.

However, perhaps most important part from the best practice of how other regions work to stay competitive and attractive, we also increased our knowledge about our own region by mirroring ourselves in others. Learning about other regions’ spatial stories is a way to learn more about your own region!