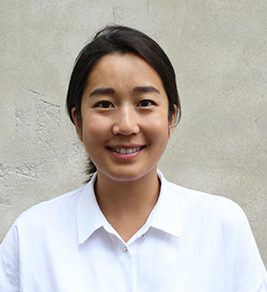 Diana Huynh holds a master’s degree in architecture and urbanism with research interests in regional development, the socio-politics of space and the built environment, sustainability issues and policy design.

At Nordregio, she works with many research areas, but primarily with projects related to green and inclusive urban development. She employs a range of mixed-methods in her research such as case study, policy and statistical analysis, interviews, PPGIS/surveys and statistical data.

Diana’s international background informs her approach to the Nordic countries, where she continues to explore the ways in which we understand the relationship between the natural and the built, and how we, in practice, shape resilient communities, cities and regions.

Huynh, D. (2021). Perspectives for the north: a review of European initiatives localising the SDGs. Commissioned by KS, Oslo, Norway.

Draw a map to get lost.