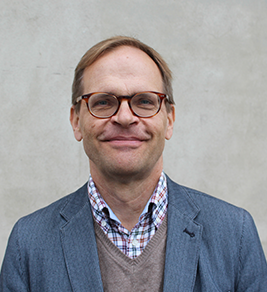 Jukka is no longer employed at Nordregio.

Teräs, J (2009): Institutions and Governance. In: Entrepreneurship and the innovation system of the Agder region, Norway. A review by the Local Economic and Employment Development (LEED) Programme of the Organisation for Economic Co-operation and Development (OECD)

“The potential of industrial symbiosis as a key driver for green growth“ at The Nordic Council of Ministers special session “Moving towards a zero-waste society- the Nordic solutions”. World Efficiency Conference, Paris, France 2015

“Circular economy and industrial symbiosis as drivers for regional development“ at the Rohevik Conference, Tartu, Estonia 2015

“Bioeconomy in the Nordic Region – Regional case study by Nordregio“ at FORES Conference on How to reduce car emissions and grow the bioeconomy, Stockholm 2015.

“Bioeconomy from the viewpoint of regions – Forssa region as part of the Nordic Study“ at LUO Seminar, Hämeenlinna, Finland 2015

Teräs, Jukka (2013): What is happening in Finland: The Finnish innovation system. Presentation at the “Tempen på länet”. Conference organized by Regional Council of Norrbotten. Haparanda, Sweden, May 28, 2013.

Presentation at Fiera della Conoscienza conference, L´Aquila, Italy (2009): Clusters as an innovative model in the industrial policy in Europe.

Presentation at the University of La Rioja, Logrono, Spain (2008): Finland, a development model based on R&D.

From Arctic Circle to Stockholm via Helsinki

I was born in 1960 and spent the first 17 years of my life in Rovaniemi, Finland, near the Arctic Circle. From those years, I remember some harsh winter conditions but also plenty of sunshine including the summer time midnight sun.

Photo: The Ounaskoski Bridge in Rovaniemi in North Finland – my home town 1960-1978

In 1978, I moved to Helsinki. I started my studies at the Helsinki University of Technology where I learned a lot about Technical Physics, Production Economics and many other things. In 1986, I had the possibility to join the Business Development Unit of the national power generation company, Imatran Voima Oy, in Helsinki. I still remember the inspiring and encouraging work atmosphere at Imatran Voima Oy (which later became part of the power company Fortum Oyj). In 1990, I took over as Managing Director of Cerntech Oy, the technology transfer company working with the Finnish high technology companies and the CERN Research Centre in Geneva, Switzerland. What an exciting work experience with strong international flavour it was!

In 1995, it was time to establish Norrum Oy, a technology transfer company of my own, with offices in Helsinki and Rovaniemi. I have always been interested in regional development, innovation, and entrepreneurship. The assignments of Norrum Oy have provided me with strong, broad-based know how on regional issues, innovation promotion, and entrepreneurship – with both private and public sector clients.

In 2004, I started doctoral studies on research-driven regional clusters at the University of Oulu, Finland. I defended my Doctor of Science (Tech.) thesis successfully in 2008. My recent post-doc assignments include a Research Fellow position at Scuola Superiore Sant’Anna, Pisa in Italy, and a Senior Researcher position at the University of Turku, in Finland.

As the latest chapter of my Spatial Story, the year 2013 has opened yet another highly interesting avenue. I look forward to working with the Nordregio team of experts on issues related to regional economic growth and innovation.